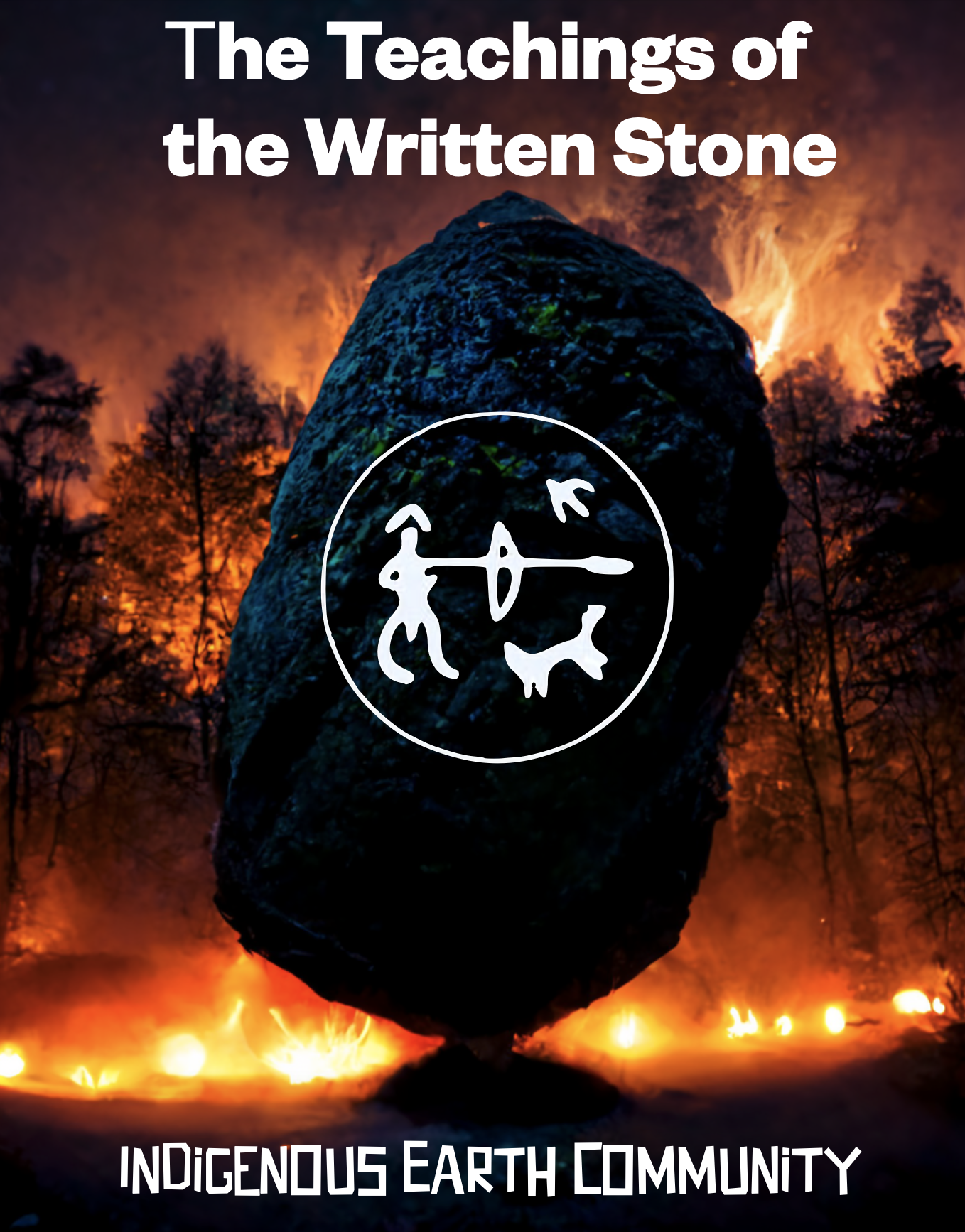 …want to make sure you don’t miss an episode? Sign up to get notified on new episodes, workshop events, and get the free ebook "The Teachings of the Written Stone" directly in your inbox!

Hear from Indigenous conservation heroes from around the world, on how they are honoring the traditions of protecting the planet, and get actionable tips on how to connect to our beautiful earth, while softening our ecological footprint! 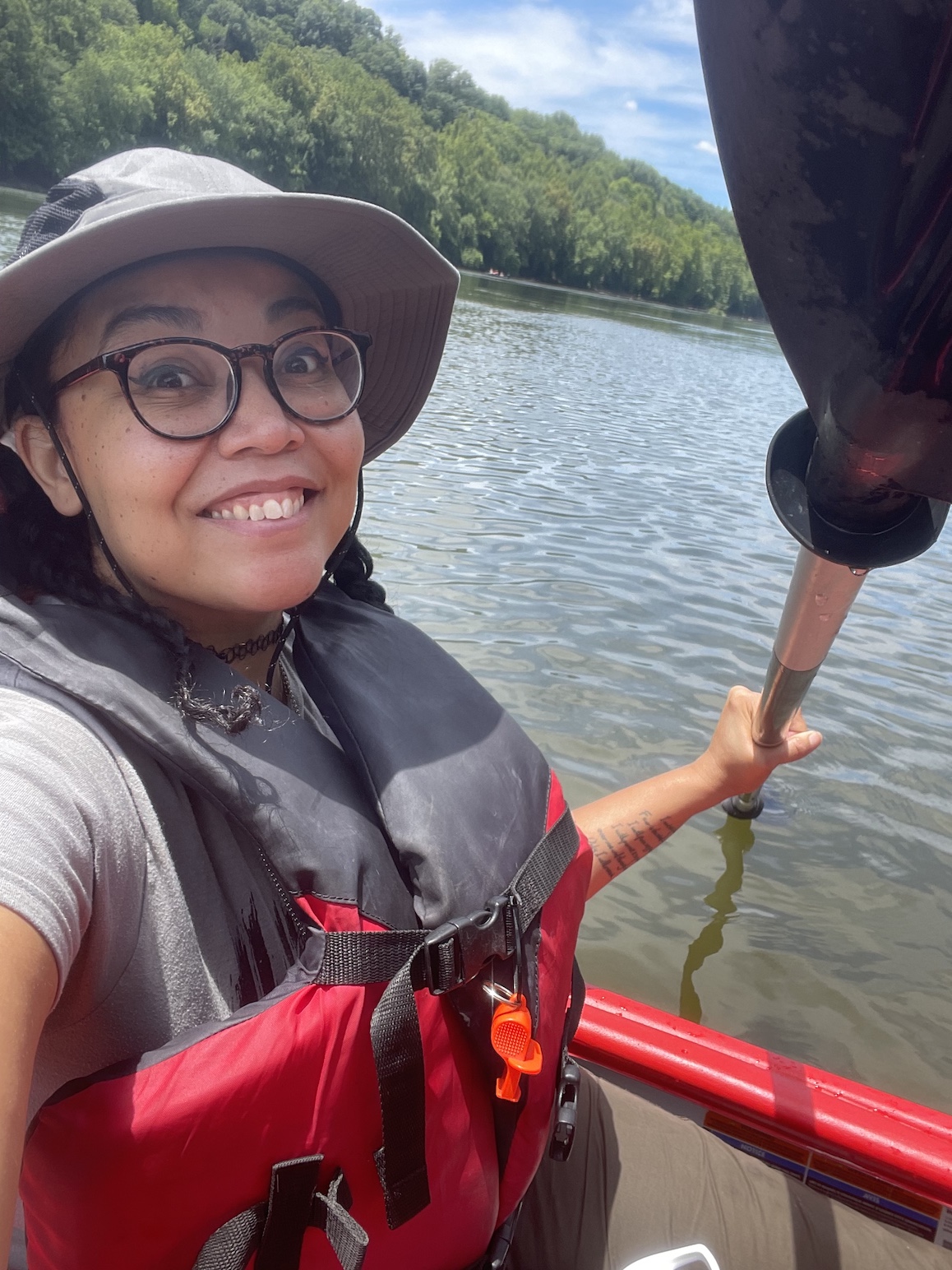 🎤 Episode 35 - Following the Ancestors' Call: Brooke Wheeler-Nez’s Education Journey In this episode of Indigenous Earth, we have Brooke Wheeler-Nez, an Environmental Educator with the Bureau of Land management. Diné (Kinyaa'áanii, Ta'neeszahnii) ... 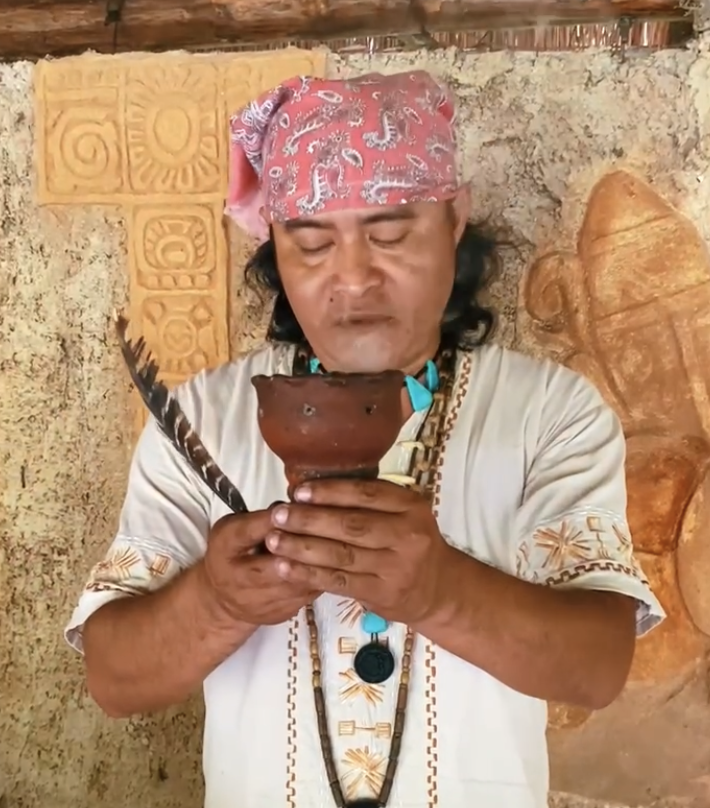 Hello! I want to wish you a Happy New Year! As we start this new spin around the sun, I wanted to share some updates with you, and most importantly, thank you for being a part of our journey. On … 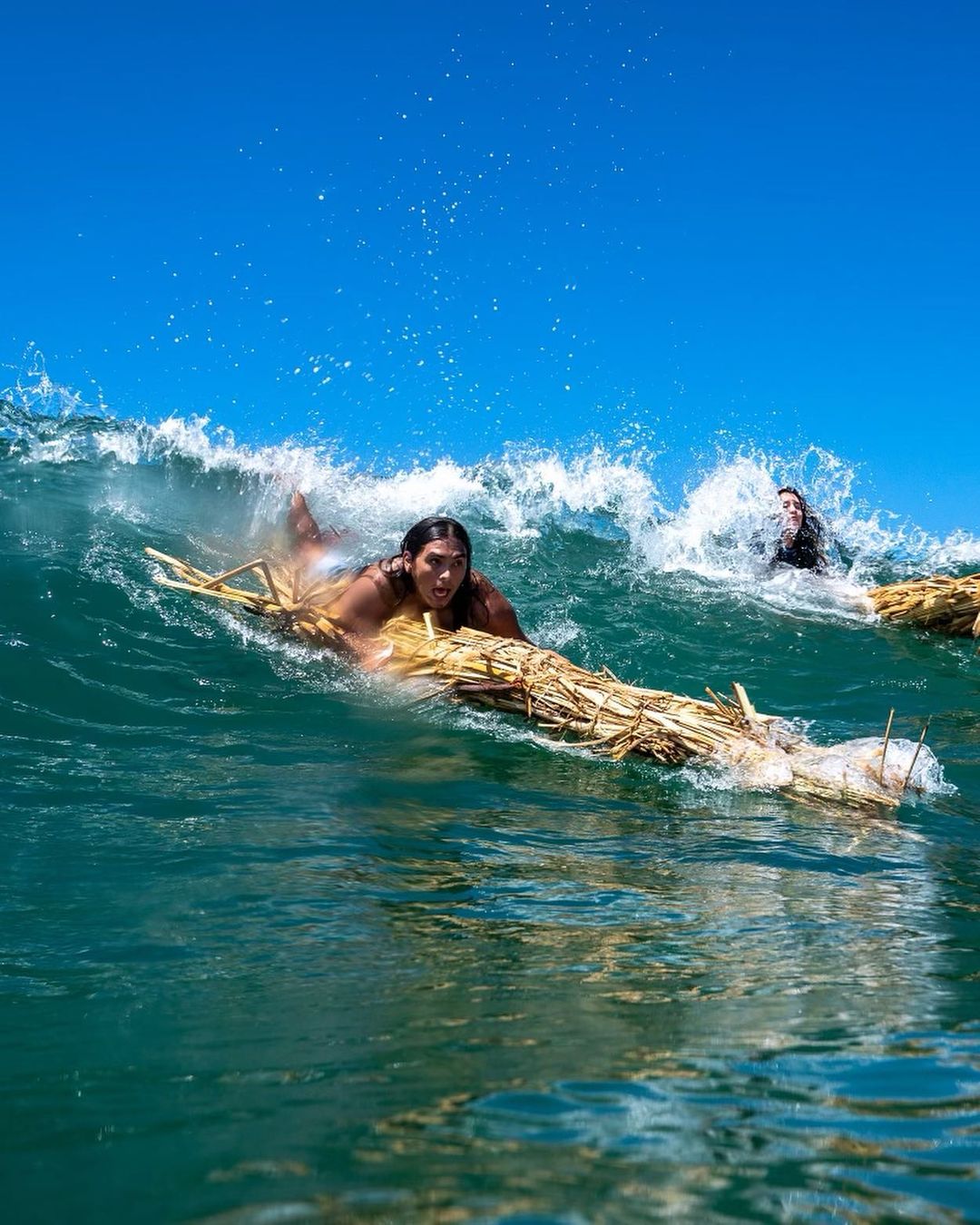 🎤 Connection to the ocean is ancient and essential for all humans - Earth Knowledge with Native Like Water ’s Marc Chavez Mark Chavez, founder of Native Like Water, has been working to reconnect Indigenous youth with the oceans for … 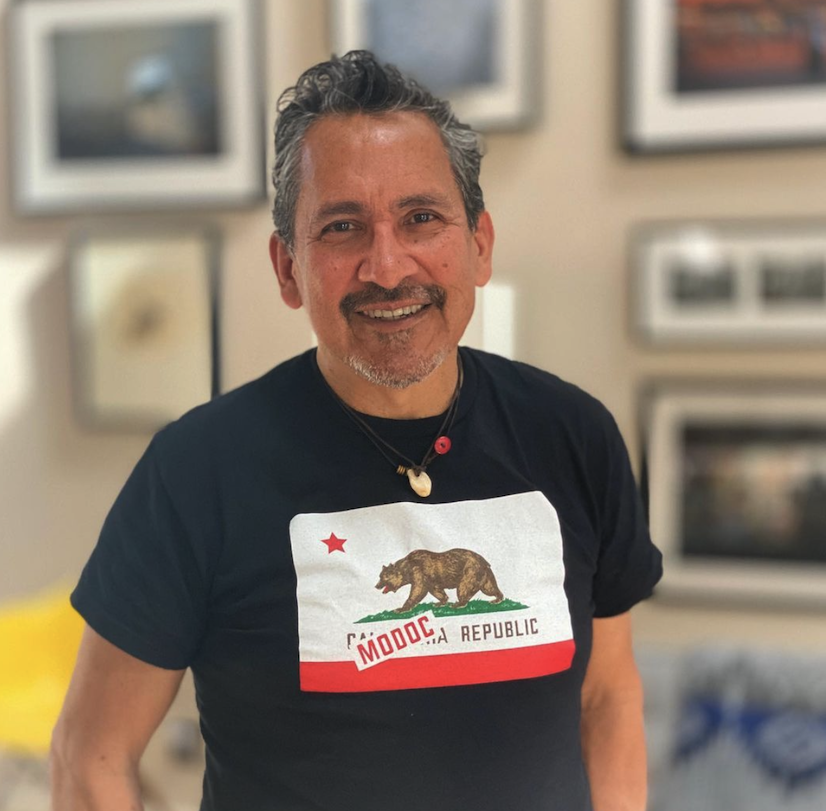 “Until the bear gets to tell the story, the hunter is always going to…

🎤 Episode 32 - Dr Don Dexter , Modoc member of the Klamath Tribes of Southern Oregon In this episode of Indigenous Earth Community Podcast, we have Dr. Don Dexter, a Modoc storyteller. He will share his experience in pursuing … 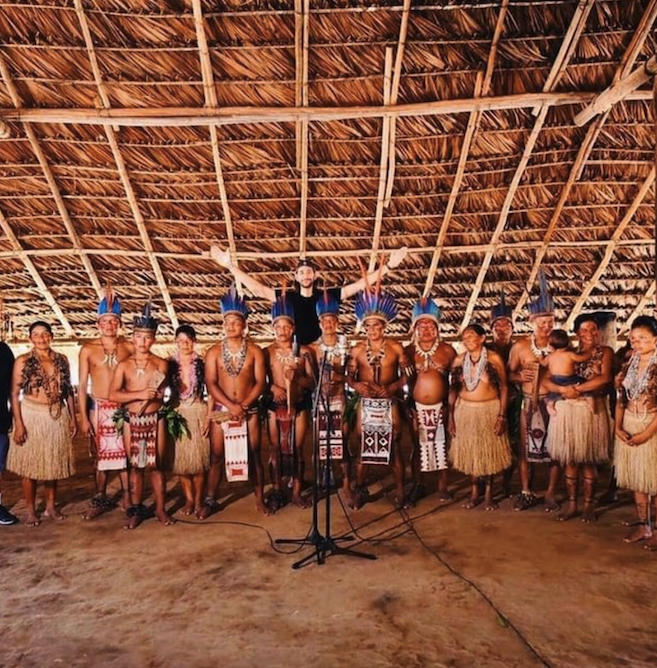 From the concrete jungle to the Amazonian forest: Rescuing Indigenous…

On this episode we talk to Antonio Teoli from the Amazonic about: The start of the Amazonic Project, where Antonio Teoli—an award-winning game composer and sound designer—lived in the Amazon for 4 years and fell in love with the culture … 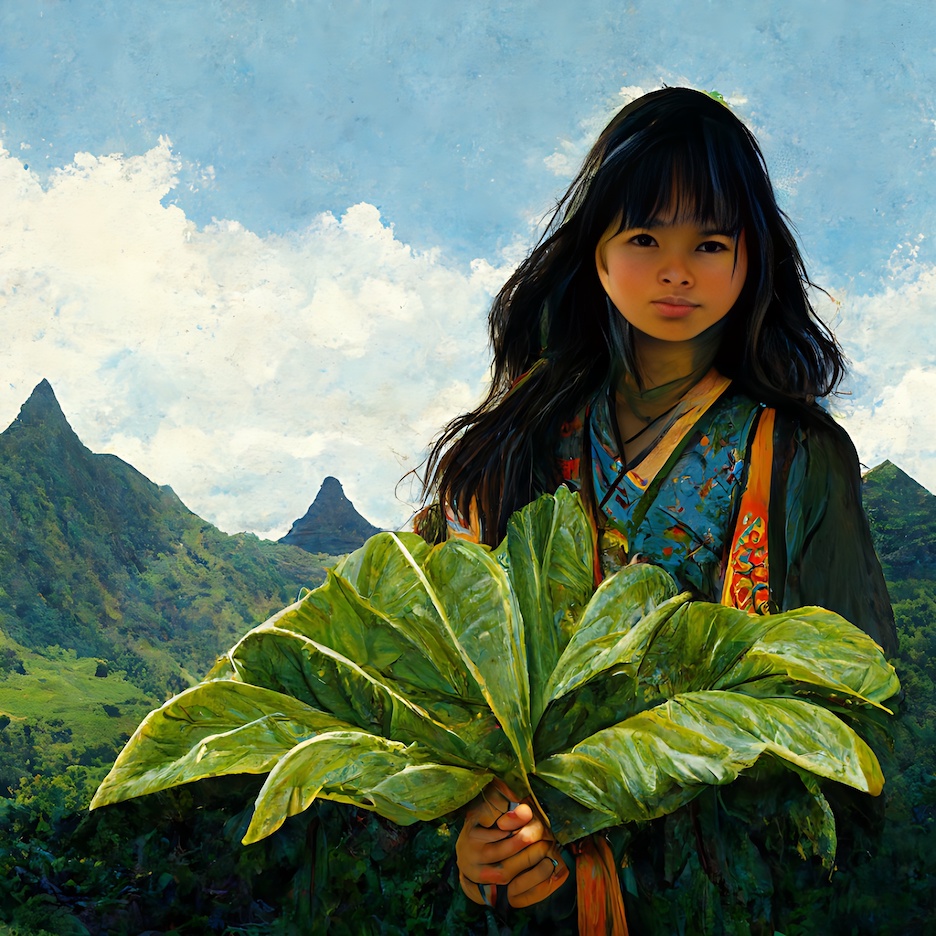 Many of us have lost our connection to the natural world, we walk with metaphorical rubber shoes, not aware of the impact of our footprints in the environment and to ourselves. This broken relationship numbs us to the awareness that … 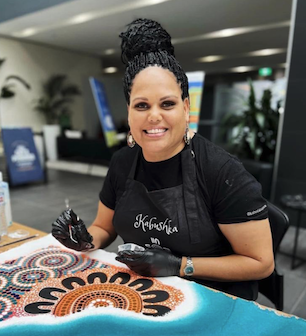 Healing through art and traditional talking circles with Aboriginal A…

From the Murray–Darling river system, one of the largest in the world, and home to ancient fish traps, with a rich and deep culture is where my next guest Kabushka Ngemba comes from. Kabushka Ngemba is a very successful commissioned … 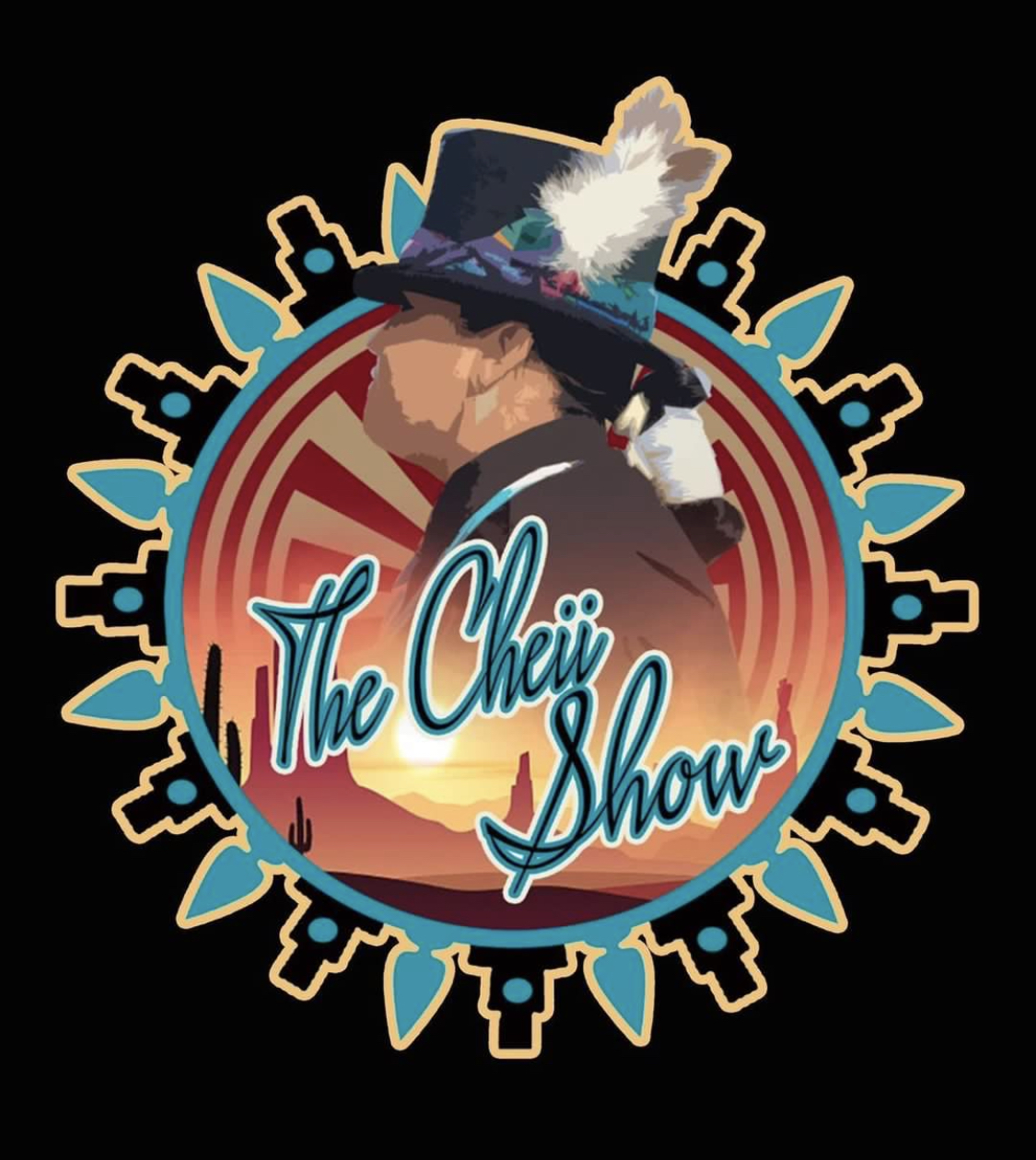 Do feel drained by the endless negative news ? Do you want a break from dromscrolling news of ecological disasters, pollution of our waterways, and killer record high temperatures? Then I have a great show for you. On this episode … 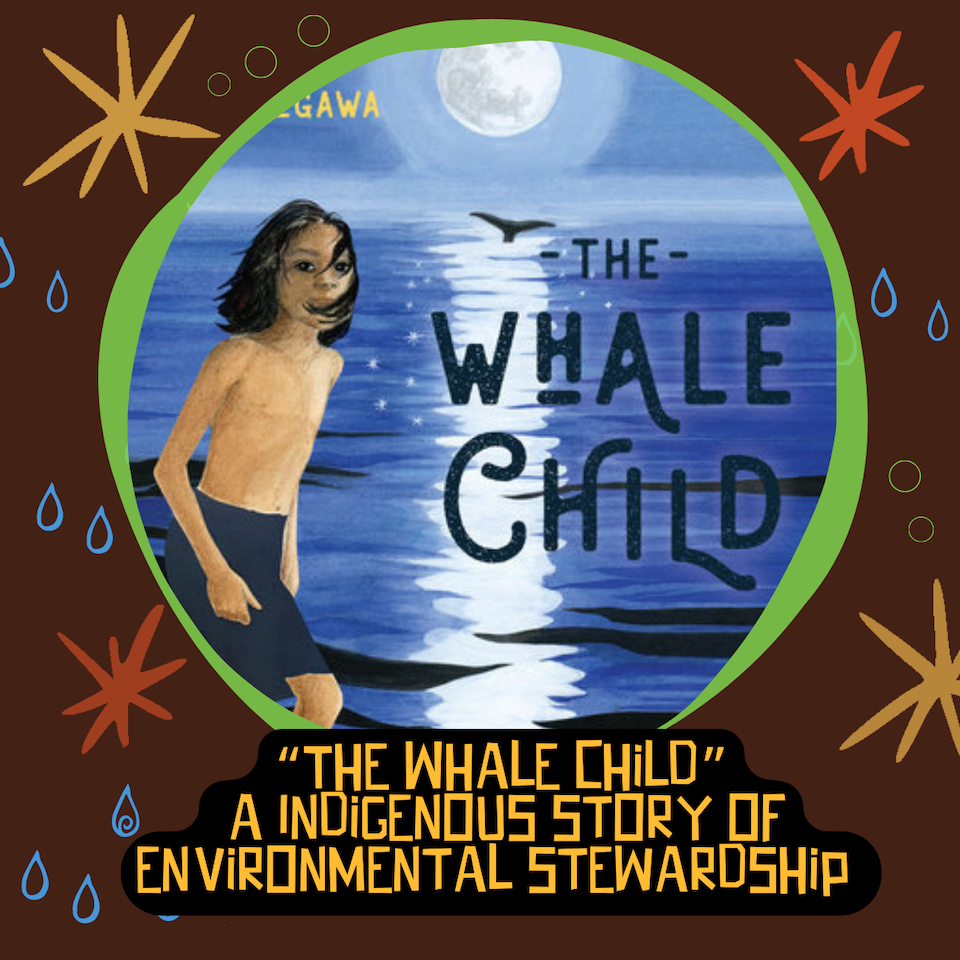 “The Whale Child” an Indigenous story of environmental stewardship wr…

We all know that the timeless Indigenous value of environmental stewardship is needed now more than ever and that we must all stand up on behalf of Mother Earth! I had a very good conversation with Indigenous authors Keith Egawa … 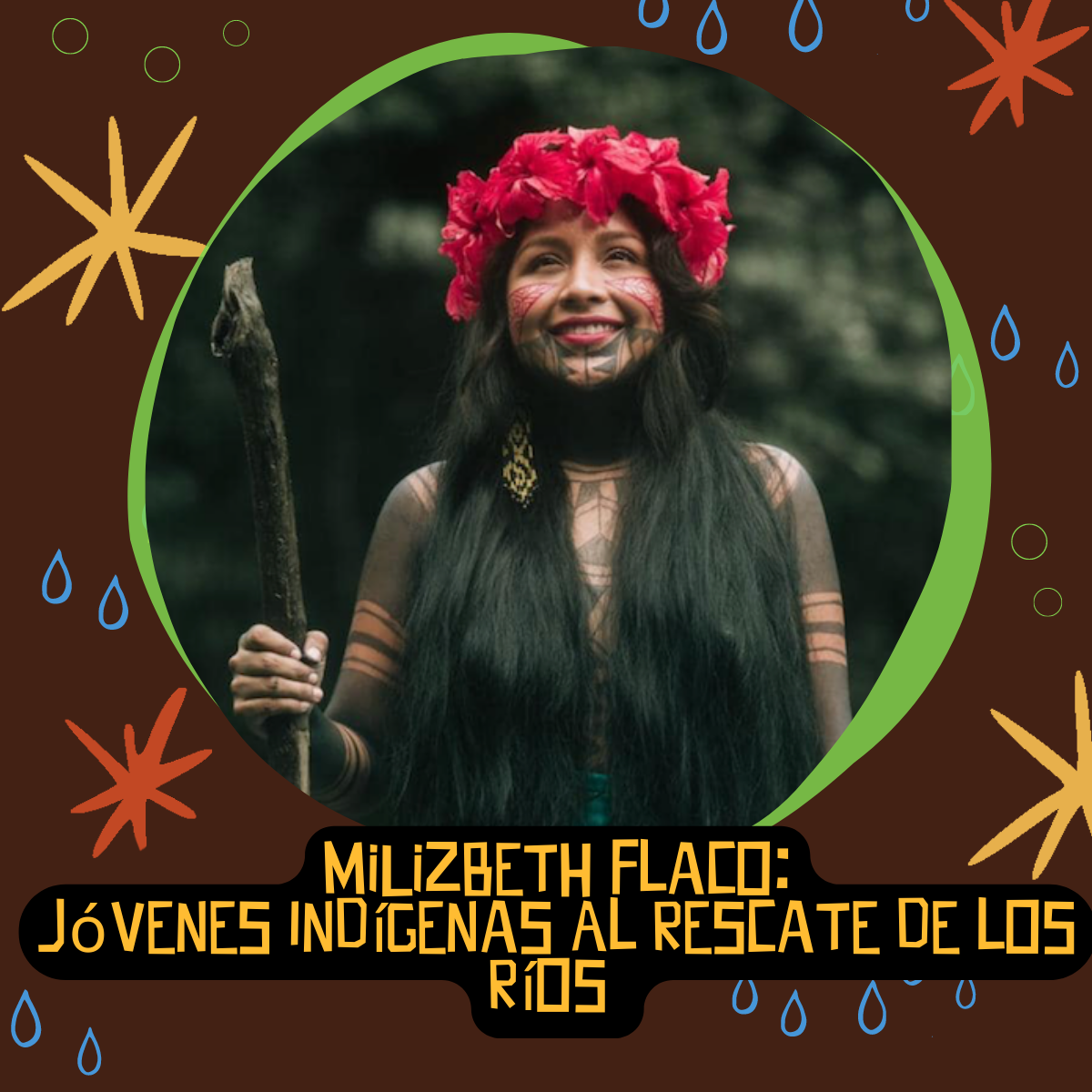 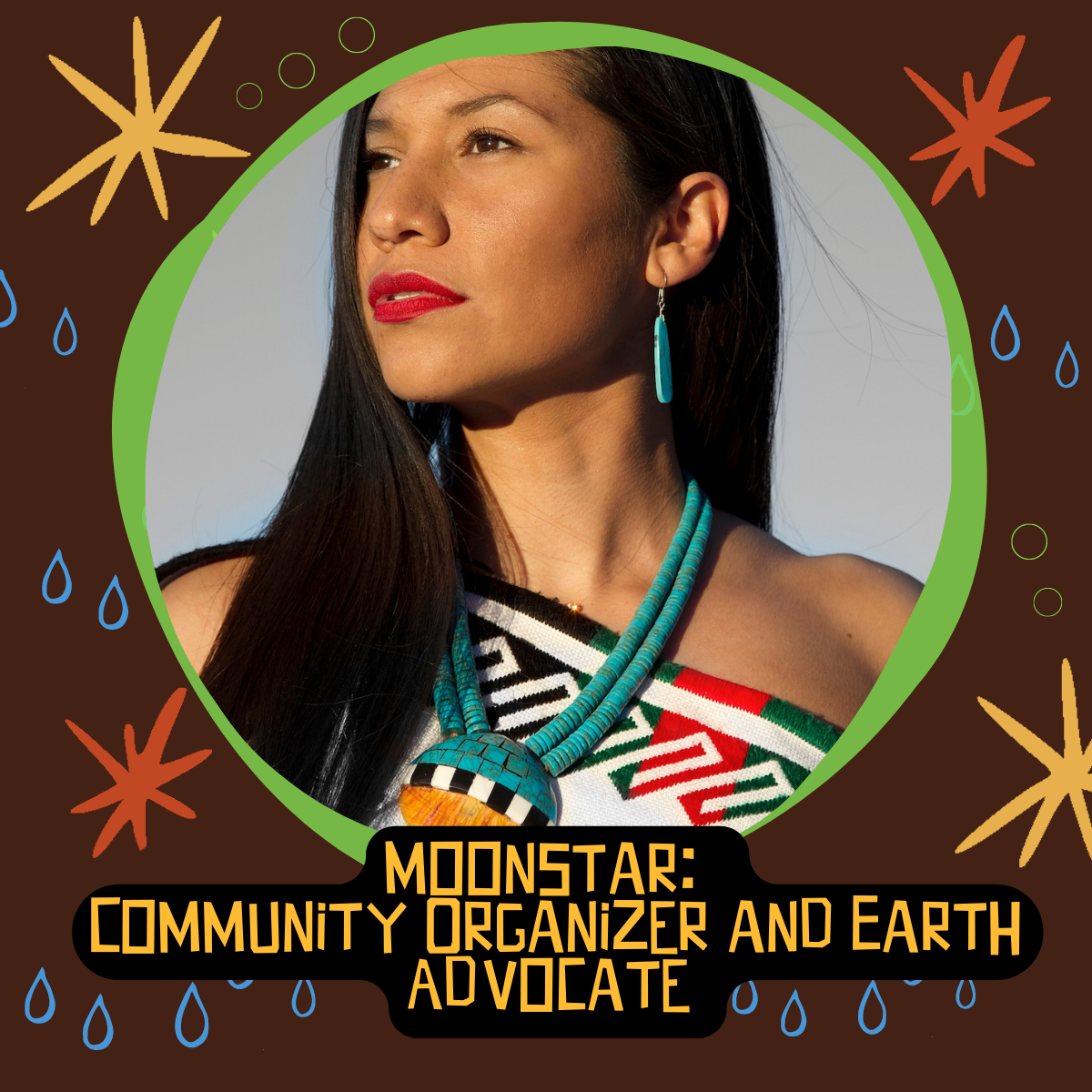 Welcome to our special 2022 Earth Day Episode! We're chatting with Moonstar, from Walatowa-Pueblo of Jemez. Moonstar is a community organizer, activist, fashion model, and teacher who works with Indigenous youth to help them organize environmental projec... 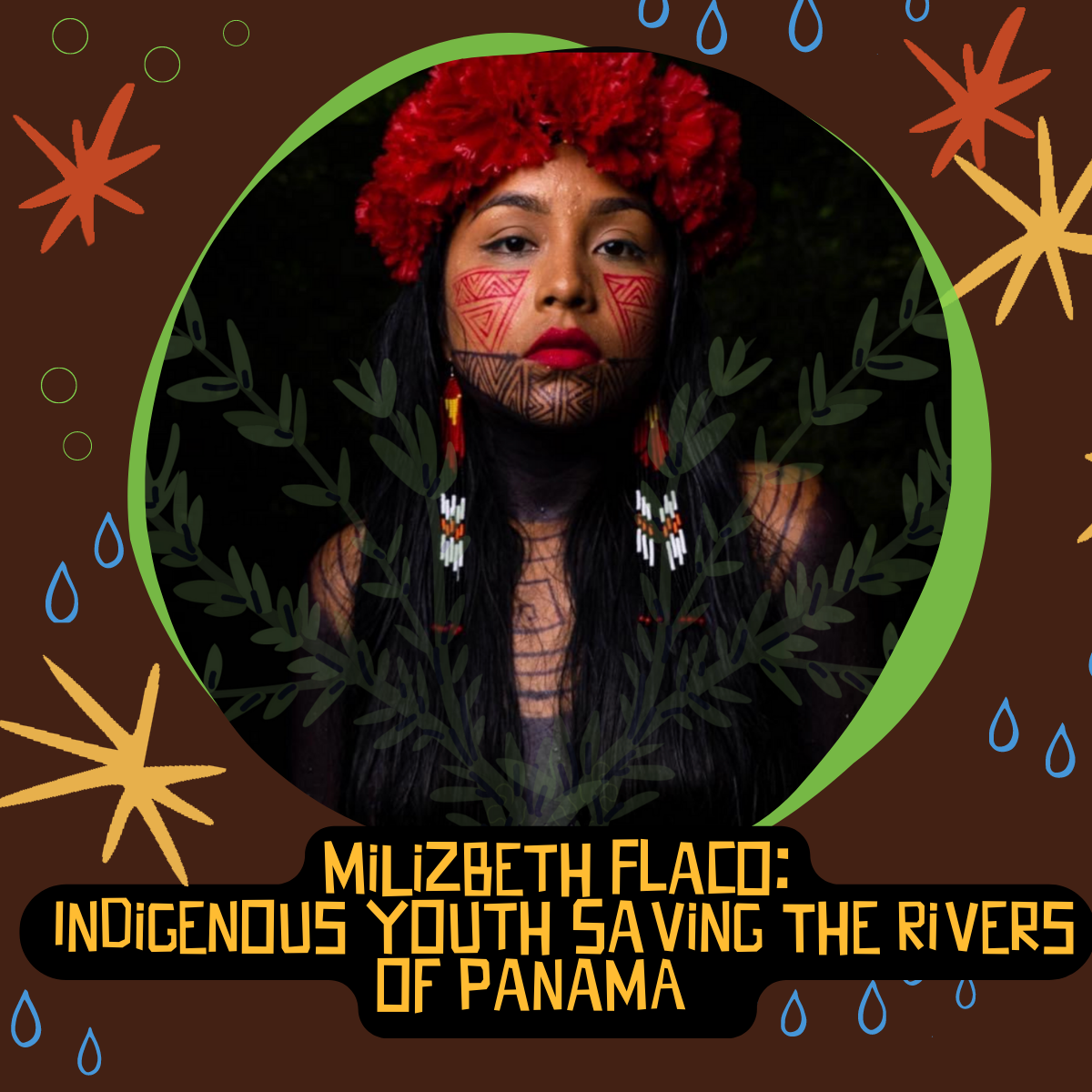 MiLizbeth Flaco is a guardian of the forest. She was raised in the heart of the Panama jungle after a decades long search for a safe place from the civil war in Colombia. After finally found a secure place to … 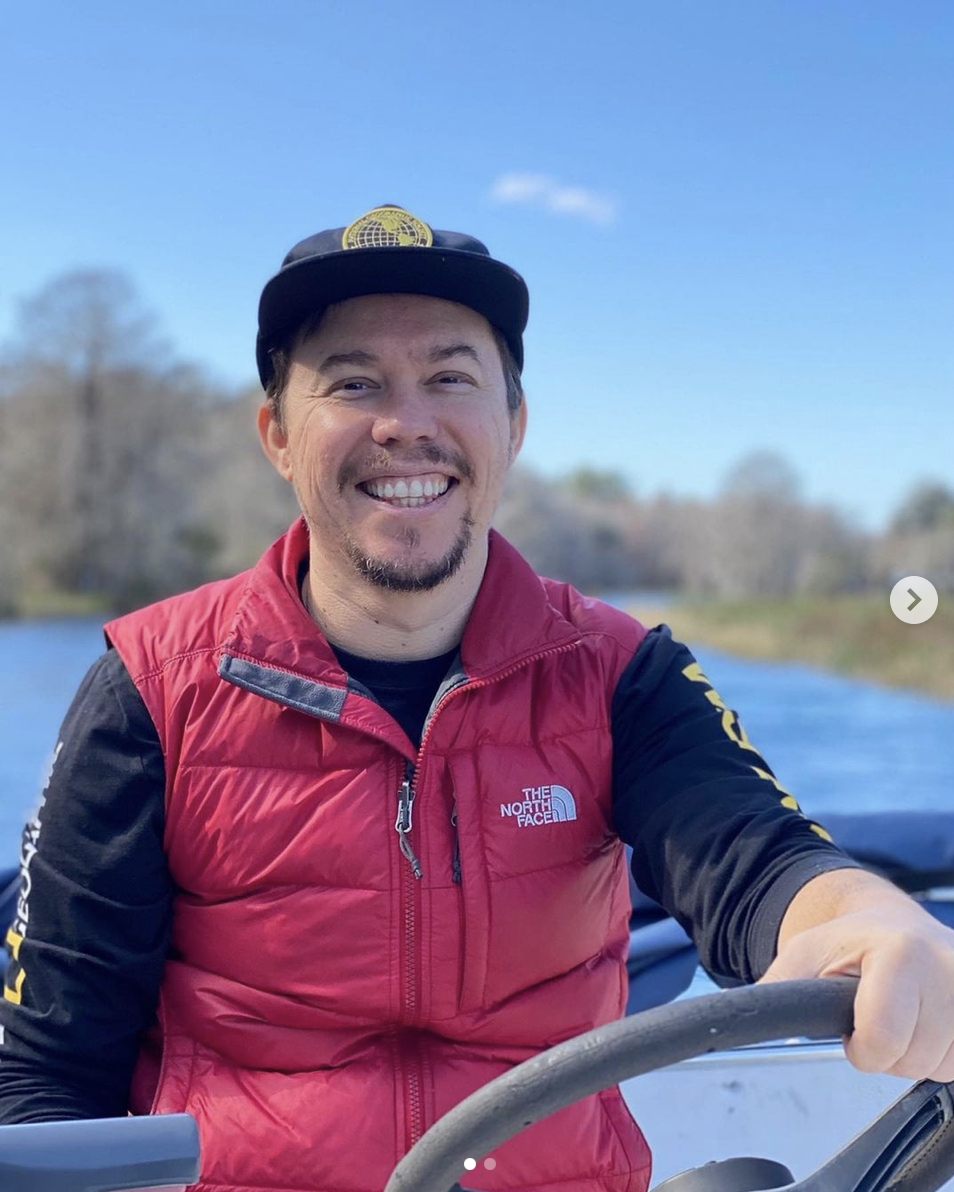 Through storytelling in filmmaking, writing, and podcasting,  Frank Weaver has been advocating for causes close to his heart for as long as he can remember.
Frank grew up volunteering on the reservations of the Panambi’y Indians of Northeastern Paraguay. He undertook audiovisual documentation of the Guaraní culture and the issues they were facing and shared this information with people worldwide. A Panambi’y Elder and spiritual practitioner Galeano Suarez initiated Frank into their tribe, saying: “Frank is one of us. He was initiated in a ceremony to make him a member of our tribe. I ask all people to support his work as he takes our plight to the world.”
Frank has released his photographs and information about the Panambi’y into the public domain to help share the information with the world. In 2010, National Geographic, YouTube, and The North Face selected one of his videos as an award winner in their Planet Inspired video contest for inspiring people to care about the planet.
In 2017, Frank procured and successfully donated a Panambi’y altar to the National Museum of the American Indian, a Smithsonian Institution.
Currently, Frank serves as an Eco Captain of Central Florida Recon, a group devoted to protecting the environment. Kayaking on rivers and lakes, volunteers see man-made pollution firsthand and are provided the tools to make a positive impact by removing litter and reducing their trash at home. With a coalition of citizen activists, they were able to ban styrofoam food containers in the city of Orlando, Florida.
Frank joined The Out of Eden Walk, a project of the Pulitzer Prize-winning journalist and National Geographic Fellow Paul Salopek, who is retracing our ancestors' global migration in a 21,000-mile walk. Says Frank, "This project taught me the power of slowing down and paying attention to the world around us. I thank Paul for his ability to elevate the human spirit even when writing about tragedies we face on our planet and his lessons in the importance of humor and taking great care of the trust given by the people met along the way."
Currently, Frank is a proud mentor of UNITY’s Earth Ambassadors, an inspiring group of Native youth improving their communities through environmental projects.
Grateful to culminate years of learning and skills into a project to share global Indigenous voices, Frank launched the Indigenous Earth Community Podcast, highlighting ways contemporary Indigenous leaders honor their cultures. The podcast shares actionable tips to protect and connect to our earth while lessening our impact on it.